Having Surge Protection And Why It’s Important

Having Surge Protection And Why It’s Important

What is a surge?

A surge is a short-term wave of an electrical conduction, spike in power or electrical charge in a circuit.

What can cause a surge?

Lightning is the most dangerous and powerful surge there is. A surge may only happen for a second, but it could cause more damage than what we may think and could cost you in the long run. Although lightning is the most dangerous, it has to strike a mile or less away for there to be damage. In fact most surge-related accidents are not caused by lightning. Other surges that you may see as more common, are when you have too much power generating and flowing through on a single or low voltage circuit. This can be caused by too many high voltage appliances running, or having too many electrical sources plugged into the same power strip. It can also be caused by faulty wiring. This can be detected by listening for buzzing noises behind your drywall, burning smell and or circuit breakers tripping frequently.

What is a surge protector?

A surge protector helps prevent electrical interference that can travel through your home circuits and possibly cause problems to any of your home electronics. It would be a good idea to get a surge protector just so you know that if ever came a time of electrical issues in your home; you would be covered, protected and ready for any electrical malfunction.

What will a surge protector do? 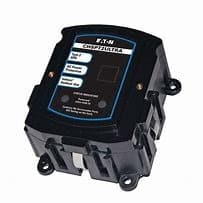 In the event of a surge, you will have overly high voltage running through your wires causing them to damage. Whether it be a small surge or a big one, they could both potentially ruin your electronics and appliances. The surge protector is there to prevent that. This basic and more common surge protecting power strip carries specific currents to the outlets in use, giving the correct voltage. If it happens to feel that there is too much power, it will reroute it into the neutral or grounding wire to protect the smaller more vulnerable electronics.

If you have bigger and more aggressive electrical components and you feel they need to be better secured; then a whole home surge protector is for you. This not only guards your electronics and appliances but it can keep your home wiring system out of any electrical danger. The home surge protection is great for catching any threats to home wiring caused by bigger and heavier powered appliances such as a washer, dryer or even your HVAC system. When you make the decision to have this kind of coverage you should have it installed by a trained and licensed electrician. If you try to install a surge protector without the correct equipment as well as as proper connections, there could be damage made that is irreversible.